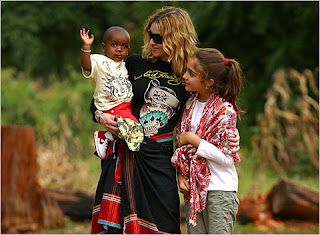 Today is the last day of National Adoption Month and we are closing the month talking about international adoptions. Although celebrities like Madonna, and Angelina Jolie and Brad Pitt's international adoptions have gotten a lot of attention, the story of Bryson and Emily Vogeltanz is no less compelling.  The Vogeltanzs said that their faith was the catalyst in them choosing to adopt a daughter from Ethiopia.

You can view their story by clicking here.  To see the other wonderful stories featured during National Adoption Month, see below or go to the WOMEN AT LIBERTY website.
Posted by Nona at 4:46 PM No comments: 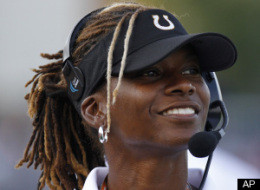 Woman History Maker-DC, MD, & VA this week: Natalie Randolph, Coolidge High School football coach who inspired her team to win in academics as well as football. She made history and national news in 2010 by being named the football coach of Coolidge High School in Washington, D.C. After a challenging first season, this year she led her team to the Championship Turkey Bowl with an 8-2 record. Not only that, her football team has improved their average grade point average from 2.75 to 3.0! Even though the Coolidge Colts did not win this year's Turkey Bowl, Coach Randolph has built a foundation for continued success. Check her out in action, WOMEN AT LIBERTY.


For news articles on Coach Randolph, her Coolidge High School football team, and the Turkey Bowl, go to http://www.washingtonpost.com/sports/highschools/coolidge-falls-short-in-turkey-bowl/2011/11/24/gIQAD0NNtN_story.html 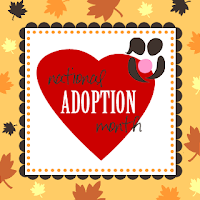 November is National Adoption Month. Through out the month, we have been sharing special adoption stories via the Women History Makers-DC, MD, & VA Facebook page and WOMEN AT LIBERTY website. This past March during Women's History Month, when the Women History Makers-DC, MD, & VA program was debuted, a special guest blog entitled, "Women Helping In Creating New Families", written by Dr. Sonya Ramsey, talked about two women-owned adoption agencies making a difference in their communities. Today we are happy to present adoption stories from Another Choice For Black Children of North Carolina, founded by Ruth Amerson and Adoptions Together, founded Janice Goldwater. These women are women history makers and we celebrate and applaud them for their work.

I promise you are going to love the stories of Tommy Lee and Sharon Hayes-Brown (featured on the Discovery Health Channel) and also the foster child we will call DeShaun. To view and read the stories, click here.
Posted by Nona at 7:22 AM No comments:

Leadership Tuesdays: Women and the Trouble with Mentors by Selena Rezvani

In this day and time, can men really mentor women? Sometimes it can be tough for women to find mentors and sponsors. Do you know the difference between a mentor and a sponsor? What are the advantages of having a mentor vs. a sponsor?


Check out WOMEN AT LIBERTY Leadership Tuesdays' Feature: Women and the Trouble with Mentors by Selena Rezvani for the answers and good advice to get ahead in your career. http://ow.ly/7mrqT 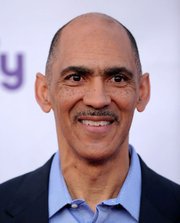 It's November and we are deep in football season. With the Indianpolis Colts struggling and star quarterback Peyton Manning injured, I thought back to their heyday when Coach Tony Dungy was at the helm. I was also reminded of a quote on Twitter that I ran across some time ago by one of my favorite NFL coaches:


@TonyDungy: Integrity does not come in degrees - low, medium or high. You either have integrity or you do not. I read it and then inserted the question: "Do you have it?" And then I hit "Retweet" button.


Who knew that in just a few hours my own question as well as Tony Dungy's quote would be echoing in my thoughts? Later that afternoon, I sat in Traffic Court in Washington, D.C. waiting on a Hearing for a ticket I had gotten for having my cell phone up to my ear while driving. I wasn't even talking on the dog-gone phone. I had the phone up to my ear because...