Listening to Cathy Hughes' commercials/commentary regarding the Performance Rights Congressional Bill on the radio has caused me to really think about this piece of legislation. For those who do not know, Cathy Hughes is the owner of Radio One and TV One, a mega-media empire. She is against the Bill, calling it a "performance tax" vs. a royalty, and an additional financial burden for radio stations. The Bill legislates a royalty for performers when a song that they have recorded is played on the radio. Songwriters and publishers already receive a royalty. The central issue is should performers also receive a royalty and who should paid this royalty. The songwriters and publishers' royalties are paid out of album sales and when the song is played on the radio. Recording artists/performers receive payment from album sales and concert tours. The record companies get the majority of the proceeds from record sales.

In principle, I agree that performers/recording artists should be compensated based on the popularity of their performance. The issue is how should the royalty be structured and who should pay it. Why can't the same model that is used for songwriters and publishers be used?

From the Rabbis: A Mega Church growth strategy...

"The third loophole is sacramental wine. Among the groups who opposed Prohibition were the Catholics and the Jews — very avidly — and not necessarily for religious reasons; I think more for cultural reasons. ... Tangentially to that, there was the reality that wine is used in the Catholic sacrament for Communion. ... The Jews needed their sacramental wine for the Sabbath service and other services. They were entitled — under the rules — for 10 gallons per adult per year. ... There was no official way to determine who was a rabbi. So people who claimed to be rabbis would get a license to distribute to congregations that didn't even exist. On the other side of that, one congregation in Los Angeles went from 180 families to 1,000 families within the very first 12 months of Prohibition. You joined a congregation; you got your wine from your rabbi."


Alcohol and the Women's Suffrage Movement:
"It largely had to do with the fact that in the 19th century, women had no political rights or property rights. So as the saloon culture began to grow up and we would see men going off to the saloon and getting drunk ... Susan B. Anthony, in the late 1840s, makes her first attempt to make a speech in public life at a temperance convention. This was before she connected with the suffragist movement. She rose to speak at a meeting of the Sons of Temperance in New York, and they said, 'You can't speak. You don't have the rights. Women aren't allowed to speak here.' And that's what pushed her into the suffragist movement. So in fact, you could say that the birth of the suffragist movement comes with the wish to get rid of alcohol."


Not so funny fact about the politics of racism:
"It largely had to do with a xenophobic, largely anti-immigration feeling that arose in the American Middle West, that arose among white, native-born Protestants. It also had a strong racist element to it. Prohibition was a tool that the white South could use to keep down the black population. In fact, they used Prohibition to keep liquor away from black people but not from white people. So you could find a number of ways that people could come into whatever issue they wanted to use and use Prohibition as their tool. The clearest one, probably, was women's suffrage. Oddly, the suffrage movement and the Prohibition movement were almost one and the same — and you found organizations like the Ku Klux Klan supporting women's suffrage because they believed women would vote on behalf of Prohibition." 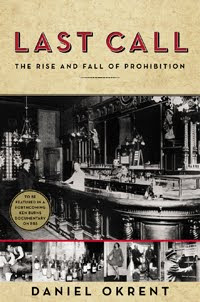 http://www.npr.org/templates/rundowns/rundown.php?prgId=13&surl=http%3A//wamu.org/programs/fresh_air/&f=module-13
Posted by Nona at 7:15 AM No comments: 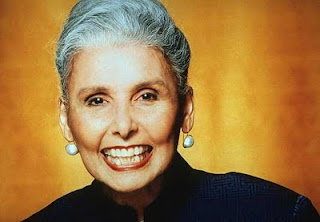 On Sunday, May 9, 2010, Lena Calhoun Horne transcended from our earthly realm to her eternal home at the wonderful age of 92.  A legendary entertainer in music, film, threatre, and television, Ms. Horne's career spans more than 70 years.  This Grammy and Tony Award winner's career highlights include the song and production ,"Stormy Weather"; the all-black adaptation of the "Wiz"; and her Broadway production entitled, "Lena Horne:  The Lady and Her Music".

On a personal note, one of the things that most impressed me about Ms. Horne is the stance she took by not performing for military audiences that openly discriminated against black service members. During her World War II USO Tour performances, she refused to performed if the military seated black service members behind German Prisoners of War. Today, it is easy to underestimate the personal sacrifice and conviction it took for actors/entertainers of that era to take such a position.  It meant turning down gigs and a loss of income.  This is viewed as a laudable act now, but at the time it took great courage and chutzpah on Ms. Horne's part.  She went on to be active in the Civil Rights Movement.

In tribute to her, I want to share some of her quotes.  I hope that they are as much of an inspiration to you as they were to me. 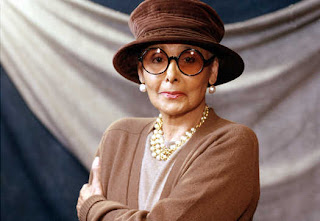 I was unique in that I was a kind of black that white people could accept. I was their daydream. I had the worst kind of acceptance because it was never for how great I was or what I contributed. It was because of the way I looked.

My own people didn't see me as a performer because they were busy trying to make a living and feed themselves. Until I got to café society in the '40s, I didn't even have a black audience and then it was mixed. I was always battling the system to try to get to be with my people. Finally, I wouldn't work for places that kept us out . . . it was a damn fight everywhere I was, every place I worked, in New York, in Hollywood, all over the world.

You have to be taught to be second class; you're not born that way.


Always be smarter than the people who hire you.

On The Occasion of the National Day Of Prayer 2010

The prayer that Jesus taught his disciples to pray, as interpreted by the Message Bible:

Father,
Reveal who you are.
Set the world right.
Keep us alive with three square meals.
Keep us forgiven with you and forgiving others.
Keep us safe from ourselves and the Devil."

Email ThisBlogThis!Share to TwitterShare to FacebookShare to Pinterest
Labels: Inspiration, prayer, Words to live by

"When you really love people, you can't stand the fact that they are treated unjustly." --Dr. Cornell West (from sermon at Howard University Andrew Rankin Chapel Service)
Posted by Nona at 9:09 AM No comments: