PROLOGUE
Whatever you want your legacy to be, you must live that way right now.
--Bruce H. Clark, The Power to Advance, Pastor of Advance Church in Silver Spring, Maryland


"I say that if each person in this world will simply take a small piece of this huge thing, this tablecloth, bedspread, whatever, and work it regardless of the color of the yarn, we will have harmony on this planet."
--Cicely Tyson, America I AM Journal


"It takes a person with a stout heart and great courage and uncompromising honesty to look the history of this country squarely in the face and tell it like it is."
--John Hope Franklin, Noted Historian, Professor and Researcher

"In recognizing the humanity of our fellow beings, we pay ourselves the highest tribute."
--Thurgood Marshall (1908 - 1993), The First African-American U.S. Supreme Court Justice, Native of Baltimore, Maryland

Some of the public institutions named after Justice Marshall:

EPILOGUE
"…our deeds, no matter how small, can bring forth a great return."
--Kevin Wayne Johnson, Author of Give God The Glory! series & Founder of Writing For The Lord Ministries
Posted by Nona at 8:05 AM No comments: 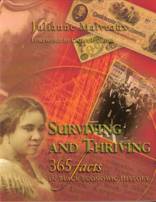 Excerpts from "Surviving And Thriving 365 Facts in Black Economic History"by Julianne Malveaux, http://www.lastwordprod.com
(Used by permission.)
Quotes
For a list of all HBCUs, see:  http://www2.ed.gov/about/inits/list/whhbcu/edlite-list.html

For more information on the 1921 Tulsa Oklahoma Race Riot, see:  http://en.wikipedia.org/wiki/Tulsa_race_riot
Posted by Nona at 8:26 AM 2 comments: 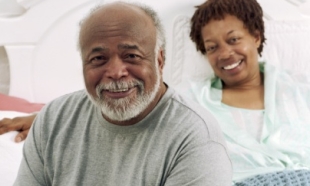 Any old & happily married people out there?  In one word, why has your love lasted? Please share your comments and "couple" pics.
Posted by Nona at 10:55 AM No comments: 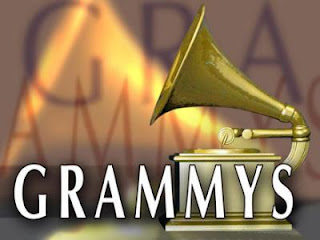 "Grace" was released in October 2009 on the "Still" Album.
For a live performance of the song, see:  http://www.oprah.com/entertainment/BeBe-and-CeCe-Winans-Perform-Video_1
To purchase the song,  click: http://itunes.apple.com/us/album/still/id329529651

Best Gospel Song: “It’s What I Do” by Kirk Whalum and Lalah Hathaway 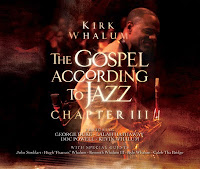 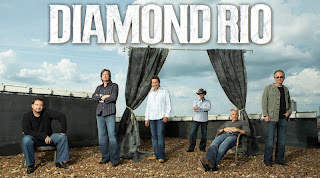 Best Traditional Gospel Album: “Downtown Church” by Patty Griffin
Check out Patty Griffin's MySpace page to see a the video, "The Making of Downtown Church".
To preview or purchase the album, see:  http://www.amazon.com/Downtown-Church-Patty-Griffin/dp/B00307Q90A

Best Contemporary R&B Gospel Album:  ”Still” by BeBe and CeCe Winans
To preview or purchase the album, click the MySpace Page link above.
In Memoriam:
*Kudos to the Grammys for recognizing the late Bishop Walter L. Hawkins and Queen of Gospel, the late Albertina Walker.

Excerpts from "Surviving And Thriving 365 Facts in Black Economic History" by Julianne Malveaux, http://www.lastwordprod.com (Used by permission.)
(This was almost 50 years after the Emancipation Proclamation by President Abraham Lincoln on January 1, 1863 that freed 3.1 million of the nation's 4 million enslaved people.)


Discussion:  Do you think there is any correlation between how blacks were historically treated by financial institutions, (e.g., the Freedman's Savings and Trust's bank failure, exploitation of black consumers who were charged high interest rates and given bad loans by some financial institutions, etc.) and the statistic stating that Blacks have the highest "unbanked"* rate of any U.S. ethnic group.  (See the graph below)


*Unbanked is defined as households that answered "no" to the question, "Do you or does anyone in your household currently have a checking or savings account?" 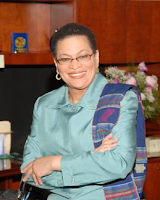 About The Author:
Dr. Julianne Malveaux is an economist, author and President of Bennett College for Women.  Malveaux's popular writing has appreared in USA Today, Black Issues in Higher Education, Ms. Magazine, Essence Magazine, and The Progressive.  A native San Francisian, she is the Founder and Thought Leader of Last Word Productions, Inc. a multimedia production company headquartered in Washington, D.C.
Posted by Nona at 7:05 AM No comments:

UPDATE | Win Tickets to the 2011 US Open Courtesy of ArthurAshe.org

In celebration of Black History Month, "ArthurAshe.org" takes a look at the year 1968. They have an interview with Arthur Ashe  and are offering an Essay Contest with a chance to win four (4) tickets to the U.S. Open this summer in New York City. For more details, visit:  http://www.arthurashe.org.

Philadelphia Bullying Victim on "The View"


For the background story and video footage of the incident, please click the link below.  (The story begins at 21:39)  This story is shocking and the truth is, these incidents are far too common.  Some victims, like Phoebe Prince, do not live to tell the story. Kudos to "The View" for telling this family's story.
http://abc.go.com/watch/the-view/SH559080/VD55109616/the-view-23
Posted by Nona at 2:13 PM 1 comment:

What Carter G. Woodson had to say about "Education Reform"
Real education means to inspire people to live more abundantly, to learn to begin life as they find it and make it better... Carter G. Woodson from "The Mis-Education Of The Negro", Africa World Press, Inc.,  Washington, D.C., 1990

Maya Angelou on "The Dream"
‎"Your ancestors took the lash, the branding iron, humiliations and oppression because one day they believed you would come along to flesh out the dream." --Maya Angelou from the America I AM Journal, Edited by Clarence Reynolds, Smiley Books

Let's Get Started...with Arthur Ashe
Start where you are. Use what you have. Do what you can. --Arthur Ashe, Humanitarian and World Class Tennis Star