The Greatest Cooks On Earth 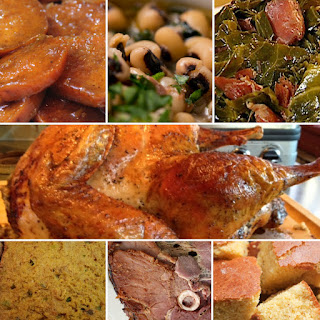 I was raised by a family of "the greatest cooks on earth"! 🐐 My earliest memories of food include my Big Mama's chicken and dumplings (most of y'all don't know nothing about that) and her hot lemon, honey and some other stuff concoction to nurse me back to health when I was sick.

Anyway, everything was good! Even me, the picky eater, who did not eat everything my Mom and Aunt cooked knew that the food I didn't like was still good and well seasoned. Those were the days and I am thankful for the memories. #Elmira #Naomi #Myrle #Joyce #Mable #OnePotWonders #BigPotInTheLittlePot #ThanksgivingMemories #FoodWasLove #AndTheFoodNeverRanOut #Ebonics #SoulFood #ICanMakeDressing #HateStuffing #OklahomaBorn #CaliforniaBred 🤣😉
Posted by Nona at 10:59 AM No comments:


This is a masterfully told story by director George Tillman, Jr. who presents us with several perspectives on the issues and fallout surrounding police shootings of unarmed black men happening in urban cities across this nation. Based on the acronym and music of Tupac Shakur, THUGLife, The Hate U Give explores how complicated life can be for black families who live at the intersection of race, culture, economic disparities, policing in black and brown communities and the Black Lives Matter movement.

Starr Carter, played Amandla Stenberg, is a high school student that lives in two distinctly different worlds where code switching is her teleport between the two. Her family is a stable two parent and 2.5 children African American home. They continue to reside in the urban neighborhood where her parents were raised although they could afford better. Her mother Lisa (Regina Hall) and father Maverick (Russell Hornsby) are married and raising their children, Starr and her brothers Seven (Lamar Johnson) and Sekani (TJ Wright) in a loving home.

The kids go to a private school across town in a mostly white upper class neighborhood. The mother is a nurse while the father is an entrepreneur and owns a grocery store in their neighborhood. And yet, as the parents work everyday to achieve a better life for their family and keep their kids out of trouble, their lives are affected and impacted by the shooting of one of Starr's close childhood friends, an unarmed young black teenager who was shot by a white police officer during a traffic stop.

The movie does an excellent job of raising complicated issues and arguments on both sides of the debate concerning police shootings of unarmed African Americans. Common, a trusted voice in the Black community known for his art and activism, was a superb choice for his law enforcement role in the movie. Regina Hall represented well the plight of black mothers who are the encouragers, advisors, peacemakers, and fire when necessary. Russell Hornsby embodied a black father who is both a protector and provider, but also the voice of "the movement".

You'll also get a chance to hear from white "allies" who don't always understand why their voices are met with ambivalence by members of the Black Community. I will say this, Starr's boyfriend Chris (KJ Apa) "gets it" and responds appropriately when communicsting and reaching out to Starr during her crisis.

The ensemble cast was incredible and Amandla did a tremendous job of humanizing the cool Starr and the "nerd" Starr without over the top antics. And it was also good to see Issa Rae on the big screen.

Bottomline, George Tillman has crafted another story that is both relevant, encompassing and entertaining. You should see this movie and discuss it with your friends, children and other family members. #THUG 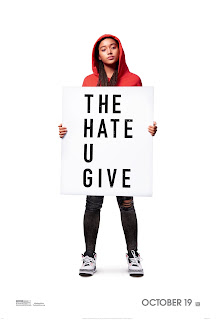 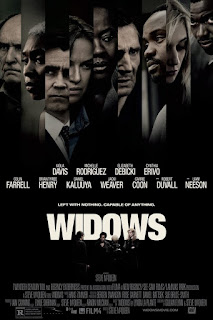 When I first saw the trailer a few months ago for the movie "Widows" (20th Century Fox), I wasn't feeling it. Although I absolutely love Viola Davis, the movie's lead character, as previewed in the trailer, the film didn't really move me. So when I decided to give it a chance and go see an advanced screening at the inaugural Smithsonian African American Film Fest presented by the National Museum of African American History and Culture in Washington, D.C. on 10/24, I was more than pleasantly surprised.

Surrounding Davis in this thriller is a diverse cast of strong female characters including Michelle Rodriguez (Fast & Furious), singer/actress Cynthia Erivo (Color Purple on Broadway and OITNB), and Australian newcomer Elizabeth Debicki. The supporting characters from the Oscar nominated actor Liam Neeson to Emmy award winner Robert Duval to Golden Globe winner Colin Farrell and Oscar nominated Daniel Kaluuya, who was most recently seen in Get Out and the blockbuster Black Panther, all gave strong performances.

Two-time Oscar winner Davis carries the film which had so many plot twists that you were kept on the edge of your seat waiting to see what would happen next. She is subtly brilliant and was really the rue for this incredible gumbo of a cast. Kaluuya showed us a side of his acting we've never seen before. And Erivo showed great athleticism in her role; Rodriguez and Dibecki depicted women in different stages of coming into their own; and veteran actor Duval displayed his usual magnificence in his portrayal of an overbearing father.

Academy award winning director Steve McQueen (12 Years A Slave) was the head chef tending to the rue and he delivered a great gumbo that moviegoers will enjoy consuming. Set in modern-day Chicago, the movie had everything you could ask for in an urban thriller except maybe shady cops. The story was smooth to the taste and delightfully fulfilling. Widows opens on November 16 and I encourage you to go see it. It's definitely worth the price of admission.

Also, the African American Film Fest runs through this Saturday, October 27. Most of the films they are screening are $10 and they even have some free events. Go to http://aafilmfest.si.edu for more info and tickets. 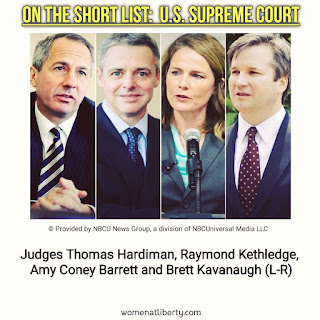 Will you watch tonight (9 pm EST) as the President announces his choice for the U.S. Supreme Court nominee? Do you care or feel the nominee has the potential to affect you and/or your family's life?

Here are some important facts about the potential nominees. Who would you choose:

NAMIC Revitalizes its Mid-Atlantic Chapter with New Leadership and Events

Realizing that the time is now to ensure that minorities and women are visible and given opportunities to succeed, the National Association for Multi-Ethnicity in Communications (NAMIC) and its new leaders for the Mid-Atlantic chapter, based in the Washington, D.C. area, are energetic and excited about the year of upcoming events. “The mission of NAMIC is to empower, educate, and advocate for multi-ethnic diversity in media and entertainment. So this is truly important for every market, but specifically [Washington, D.C.] with all that’s going on here,” stated Darryl Jackson who is the Manager for Mentoring Relations and Chapter Operations for NAMIC which headquartered in New York City. He went on to say that, “to be diverse both in front of the camera and behind the camera is of utmost importance. So, visibility is key”.

NAMIC Mid-Atlantic has a new slate of officers who are injecting new energy in the chapter with events and activities designed to help make real change through community and professional development. “In my experience, advocating for diversity, equity, and inclusion can be an uphill battle. NAMIC has helped me reduce that sense of isolation and I hope to bring that same sense of like-minded community to all of our members” said Sangeetha Subramanian, new President of the Mid-Atlantic chapter.

On Thursday, 2/8/2018, NAMIC held its Kick-Off Mixer and first event of 2018 at SiriusXM’s location in northwest Washington, D.C. Walter B. Sanderson, III, Vice President, HR
Business Partner and Diversity Officer for SiriusXM, hosted the event and expressed, “It’s a real pleasure to have NAMIC Mid-Atlantic back in our facility again. We’re happy to host the organization. We want to make sure everybody takes a moment to look at employment opportunities here. We are kind of a stealth employer in that everybody knows our brand, but they don’t always think of us as a place to work. So we use this as an opportunity to introduce people to work here at SiriusXM.” The company with more than 32 million subscribers creates programming and offers commercial-free music, premier sports and live events, news and comedy, exclusive talk and entertainment, and a wide variety of Latin commercial-free programming. It also offers online streaming of its programming so its services are not tied to just your car. You can access the services via computer in your office or home, and via your smartphone. They employ individuals in a variety of roles that include On-Air Talent, Producer, marketing, creative, finance and technical positions.

A variety of individuals ranging from employers to creatives and technical professionals, freelancers, educators, and even actors attended the event which included a reception and ample time for networking. According to a 2017 Payscale article, “At least 70 percent of job openings aren’t even listed. The vast [majority] of hiring is friends and acquaintances hiring other trusted friends and acquaintances.”[i] The Mid-Atlantic chapter promotes networking and provides an environment where professionals in the communications and media/entertainment industries can have fun while getting to know each other.

In addition to traditional calendar events, NAMIC Mid-Atlantic also has a pop-up series to stay relevant with recent social trends. Their first pop-up event was a fun and cozy social in November 2017 at the Cloak and Dagger Bar in Northwest Washington, D.C. The next pop-up just announced is a screening of Black Panther at the historic Uptown Theater in Cleveland Park.

Chapter leaders, Sangeetha Subramanian and Sonarak Ieng, have a lot planned for 2018 and encourage everyone to get involved. There will also be unique opportunities to get to know people through volunteering. And most importantly there will be educational and career development opportunities, panels, and other diversity-related programming. So, stay tuned for upcoming events and stay connected to NAMIC Mid-Atlantic via social media. You can follow the local chapter at @NAMICMidA on Twitter, https://www.linkedin.com/company/namic-mid-atlantic on LinkedIn and NAMIC.MidAtlantic on Facebook. Follow the national organization at @NAMICNational on Twitter, Facebook and Instagram.


To see more pictures from the Kick-Off event, click here.
______________________________
Nona Ogunsula is a seasoned marketing professional with over 25 years of experience in marketing, creating and executing digital/social media campaigns, developing health promotion programs and managing projects and programs in the private and public sector. Over 10 of those years were spent in sales and marketing positions at AT&T. As the Principal Creative Officer of Liberty Ink Productions, she provides marketing, consulting, social/digital media and production services to businesses and non-profit organizations. Since 2011, she has been providing a leadership and empowerment platform specifically for women at womenatliberty.com

References:
[i] Belli, Gina, “How Many Jobs Are Found Through Networking, Really?”, Payscale.com, April 2017
Posted by Nona at 7:00 AM No comments: