Patriots Deflategate: How You Play The Game Matters! by Nona O.


I was fortunate enough to see Tom Brady, the quarterback for the New England Patriots, play in college at the University of Michigan in Ann Arbor in 1998. Going to a Michigan football game was very memorable for me. I left the game singing the few words of the Fight Song I could remember, “Hail….Hail….Hail!” Truthfully, I think I was more excited about ‘cursing on the sly’ than anything else. However, a few things I will never forget about that experience are:

I was in Detroit for an MBA conference and met some guys who were going to the Michigan game that weekend. I suddenly remembered that a young man who attended my church in Washington, D.C. was a freshman running back on the Michigan team. Walter Cross was the 1997 offensive player of the year as a senior at Oxon Hill High School and with 5,227 rushing yards, he set a Maryland Public Schools’ record as a running back. I called back to Maryland got his number and made plans to tag along with my new friends to support Walter at the game. (I’m happy to say that Walter is married now and a very successful IT professional working on Capitol Hill in Washington, DC.)

It was at that game that I got a chance to experience Big Ten Football. Having grown up watching the NFL on TV and rooting for the Oakland Raiders, I was not prepared for the atmosphere at the game, but I thoroughly enjoyed it. Even as an undergraduate at Howard University, I did not attend many football games and when I did it was more so to check out the marching band. I just wasn’t a college football fan. At that time, I was a basketball fan.

Anyway, back to Tom Brady. He had an outstanding college career and he has lived up to the hype with the Patriots. With three Super Bowls wins under his belt and six trips to the “big show”, in my opinion, he is already in the category with some of the NFL’s greatest quarterbacks of my era like Joe Montana, John Elway, Steve Young, and Peyton Manning. That’s being said, I am not only disappointed with the latest scandal, “Deflategate”, but I am also weary of the persistent reports of lapses in judgment that have followed the Patriots and Coach Bill Belichick over the last few years. The term “professional” is supposed to mean something. One of the definitions found in Webster’s Dictionary states that a professional is “characterized by or conforming to the technical or ethical standards of a profession.” Professionals don’t get a spot in their respective sport’s Hall of Fame nor their names mentioned in the rarefied stratosphere as some of the game’s greatest players by cheating. Shadiness is not cute!

Now, I’m not accusing Tom Brady of cheating. However, I will say that as great of a player as he is, he does not have to cheat. Further, he has worked too hard and played too long at such a high level for there ever to be an asterisk besides his name.

How you play the game matters, just like how you earn your living means something. Time and time again with the scandals that have plagued cycling and Baseball, we know that integrity matters. At the end of the day, we, the fans, want players to win fair and square.  We want them to be ethical in how they conduct themselves. I can’t say that I am rooting for the Patriots on Sunday. My team is not in the Super Bowl. But, I have to acknowledge the comportment of the Seattle Seahawks’ quarterback, Russell Wilson. He’s a class act! I will say this, should the Patriot’s win, it would be sad if we have to always footnote this game or their record with Deflategate.  Or even wonder in the back of our minds if the Patriots really earned all of their wins. From watching him play over the years, I think Tom Brady deserves a better legacy than that.

What do you think?

Every other Tuesday, WOMEN AT LIBERTY provides a platform for a variety of voices and resources to develop, encourage, and strengthen women leaders. Today we feature an article, "One quality all young female leaders should have", Fortune magazine (Online, 1/22/15) written by Sandi Peterson, Group Worldwide Chairman at Johnson & Johnson.

Below is a quote from the article that rang true for me:

"Leaders who make things happen have both confidence and courage. Many view these traits as innate, but they can be – and they need to be – cultivated. Confidence comes from doing your homework – you need to to know your business and your market. And courage is the constant willingness to go beyond your comfort zone. Doing so will help you gain deeper insights and analysis."


Did this quote resonate with you? Please feel free to leave a comment below.

To read the rest of the article, click here. For more information on Leadership Tuesdays, click here.

Nona O.
WOMENATLIBERTY.com
Posted by Nona at 11:26 AM No comments: 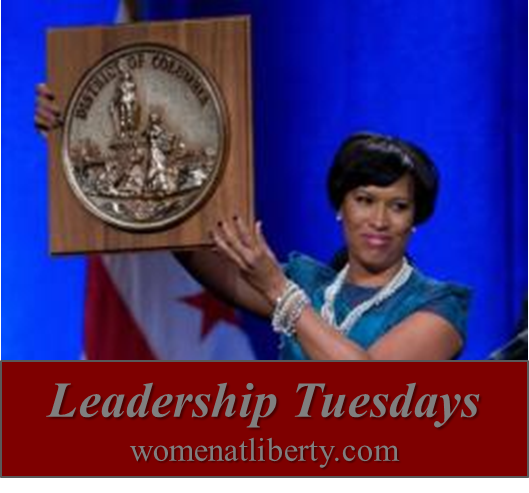 On Friday, January 2, 2015, Muriel E. Bowser was sworn into the Office of Mayor of the District of Columbia, the Capital of the United States. She is the second woman to hold this position, following in the footsteps of former Mayor Sharon Pratt Kelly (1991-1995), and the 2nd youngest person to be elected Mayor of Washington, D.C.

Mayor Bowser is a native Washingtonian and a former City Council Member (2007-2014). She earned a Bachelor of Arts degree in History from Chatham College and a Master’s degree in Public Policy from American University.

Check out the clip below to hear a very inspiring excerpt from Mayor Bowser as she talks about making history. To hear the speech in its entirety, go to: http://youtu.be/XsD9zoSUj50. For more information on Mayor Bowser go to: http://www.mayor.dc.gov.

Happy 2015 from Women Making History and @womenatliberty! May your year be filled with joy, enriching experiences and love. Thanks for your support! 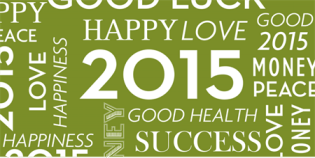 http://womenatliberty.com
Posted by Nona at 4:28 PM No comments: