Quote of the Day

Wow!  This is something to think about.  The first thing that came to mind was the Jim Jones and the People's Temple mass suicide of more than 900 followers in Jonestown, Guyana in November 1978. If you don't know about this historical event, google it or check out this link, http://en.wikipedia.org/wiki/Jim_Jones.  The next person I thought of was Adolf Hitler and the Holocaust.  Millions of people were massacred for the sake of a evil idealogy.

On the other hand, the consistent rebellion of the likes of Harriet Tubman, William Wilberforce and other abolitionists like them who rebelled against the notion of one man/person owning another resulted in the eventual freedom of African slaves.

What do you think?  Can you think of some people or events that either support or disprove C.P. Snow's quote?
Posted by Nona at 9:02 AM No comments:

Email ThisBlogThis!Share to TwitterShare to FacebookShare to Pinterest
Labels: Quotes on Injustice

Update: Webcast of the Homegoing Services for Bishop Walter Hawkins

The Homegoing Celebration for Bishop Walter Hawkins is scheduled to be webast live via the local FOX affiliate television station KTVU from the Paramount Theatre in Oakland California at 2:00 p.m. EST.

Please remember to keep the Hawkins Family, the Love Center Church Family, and the host of his Gospel Industry colleagues in your prayers.

For more information, please visit Love Center Church's website at:  http://www.lovecenter.org/
Posted by Nona at 9:36 AM No comments: 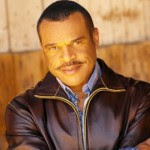 Bishop Walter L. Hawkins, a native of Oakland, California and pastor of the Love Center Church, died Sunday on July 11 at his home in Ripon, California.  He was 61.  Walter Hawkins was a singer, songwriter/composer, and gospel recording artist extraordinaire. Tramaine Hawkins, his former wife and lead singer of some of Walter Hawkins' greatest Gospel hits such as Changed and Going Up Yonder, once referred to him as her "Burt Bacharach".

As many of you who were choir members in the 70's and 80's,  I can remember growing up in Oakland and singing, directing and playing many of the hits off of the Love Alive albums that featured songs written and produced by Walter Hawkins.  Songs such as, Jesus Christ Is The Way, Be Grateful, Never Alone, He Brought Me, Dear Jesus I Love You, I Won't Be Satisfied, I'm Not The Same, Right On and He's That Kind of Friend.  Did I mention one of your favorite choir songs yet?  Well, how about these:  When The Battle Is Over, God Is Standing By, and Until I Found The Lord.  You see, these are the "ole skool, back in the day" church songs.  You have to have a little church longevity to know some of these songs.  They came way before the 90's hits like Marvelous, Thank You Lord, and The Potter's Wants To Put You Back Together Again (Potter's House written for Traimaine Hawkins).

Walter and his brother Edwin Hawkins wrote, produced and performed great, perfected music and tremendously influenced the style of gospel music.  In our youth choir, one of our first arranged songs was the familiar Andrae Crouch song, Soon and Very Soon.  But the song was not complete until we put a Hawkins' style vamp on the end of the song.  Now that set it off in church everytime we sung it.

Growing up in Oakland, you might think that I saw the Hawkins family a lot, but that was not the case.  I heard their songs on the radio like everybody else.  Although I regularly visited Ephesians Church of God In Christ (COGIC) pastored by the late Bishop E.E. Cleveland, Sr. (the church where the Hawkins got their start), saw Bishop Ernestine Cleveland Reems (Traimaine Hawkins's aunt) in church services and hung out with Lawerence Matthews (a cousin and also a recording artist), I did not get to see the Hawkins live in a concert until I was 16 years old .  In 1981, they performed in a historic concert with the Clark Sisters, The Mighty Clouds of Joy, Shirley Caesar and James Cleveland at the Paramount Theater in Oakland California.  The concert was off-the-hook and all I can say is get the DVD! [ Side note:  After that concert the Clark Sisters came to Ephesians COGIC for a Midnight Musical and we had "chuch".  But that's another story, for another time...]

All that being said, Walter and Edwin Hawkins and the Love Center Choir, created and refined what we now recognize as contemporary choir music.  They are the pioneers that paved the way for artists like Hezekiah Walker, Donald Lawerance, Donnie McClurkin, Ricky Dillard, and John P. Key, etc.  By the way, the young  musician in our youth choir who played our Hawkins' style Soon and Very Soon, ended up playing the organ on a few of the Love Alive Albums and produced a few songs on Walter Hawkins' latest solo effort, Song In My Heart (2006). Carl L. Wheeler, Jr. is his name and you might also remember his name from the group Tony, Toni, Tone!

Although Walter Hawkins' physical presence will be greatly missed, his contributions to the idiom of Gospel Music will remain timeless.  My prayers and condolences to the Hawkins Family and Love Center Church.

What would you do for love?
Posted by Nona at 9:10 AM No comments:

Email ThisBlogThis!Share to TwitterShare to FacebookShare to Pinterest
Labels: love

He who asks is a fool for five minutes, but he who does not ask remains a fool forever. - Chinese Proverb

A fool says in his heart, there is no God.  Psalm 14:1 New International Version
Posted by Nona at 9:21 AM No comments: